As many of you know, I normally try to be lighthearted and humorous to counteract some of the intense subjects about which I write my novels.  However, when I decided on my blog theme this month of being about pet peeves, I knew I’d have some intense or maybe even controversial issues on my list.  So, in order to keep a good balance, I’ll be including some of my sillier pet peeves.

Today’s pet peeve shouldn’t bother me nearly as much as it does.  But I can’t stand television commercials for prescription medication!  Thirty years ago, such commercials were unheard of.  Physicians actually did their job and knew what to prescribe.  But now, since the media is calling for me to know the difference between certain medications and for me to be informed enough to tell my doctor what I want, then why does my medical visit cost more than ever?  I don’t know who to be more irritated with, the medical field or the pharmaceutical companies.

Furthermore, do you ever look at the fine print for the side effects that some of these medicines produce?  To cure your heartburn, you may experience symptoms of migraines, dizziness, fainting, bad breath, bloody diarrhea, suicidal tendencies, sleepwalking, seizures, or spontaneous combustion.  Sure, you could die, but by golly, your heartburn isn’t what will kill you!  Yeah, sign me up!

If these medications produce such horrid side effects, then how is it that the FDA approves them for human consumption?  It seems to me that until they get these possibilities under control, these drugs should still be considered as being in the test phase.

Talk to me: What is your least favorite television commercial?  Have you ever suggested a medication to your doctor based on one you saw on TV?  Would you refuse a prescription offered to you by your doctor in favor of one you saw in an advertisement? 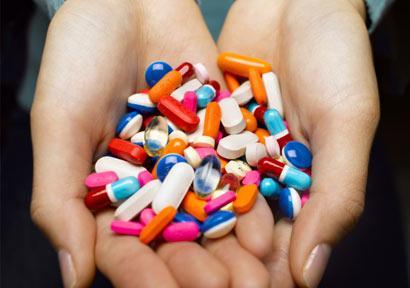