This month I’ve been sharing some of my lighthearted and humorous truth-is-stranger-than-fiction stories.  Yes, some of them were stressful when they happened, but I’m of the philosophy that if I can laugh about it and make a funny story out of it a month later, then it wasn’t so bad.  (I have plenty of really odd BAD truth-is-stranger-than-fiction stories which, if I ever share, are mostly only found in my books where I can make the protagonist prevail over her tormentor.)  This week, I’ve been sharing some of the wackier things my sister has done to me and my kids while she’s been sound asleep.  So for today’s Throwback Thursday, I’ll be sharing one of the funniest times she was less-than-awake. 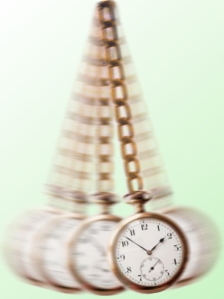 My kids, my sister, and I had gone to a fair in Connecticut.  We were there to play and ride rides, of course, as well as to see some of our band friends in an oldies concert.  We had to bring our own chairs and sit in a field with a stage in the middle.  We were in the front row, and there was a good five feet between us and the next row of chairs behind us.

While we were waiting for the concert to start, there were other entertainers such as some showmen lumberjacks, a magician, a comedian… and a hypnotist.  It would be a gross understatement to tell you that my sister LOVES to be hypnotized.  When she was a teenager, she had to be hypnotized regularly due to stress from school and extracurricular activities, and she says it is the most relaxing and best feeling ever.  I might also add that she is very susceptible to the power of suggestion.

When the hypnotist, DeAnna, came on, she brought a dozen or so volunteers from the audience, one of who was — you guessed it — my sister Michelle.  Only about half of them actually fell under the spell, but those that did (Michelle included) did some incredibly funny things indeed.  Now, if there’s one thing I know about my older sister, it’s that she would never, under her own volition, act as stupid as she did on that stage in front of all those people!  She was doing such things as acting as if she were Miss America accepting the crown, acting as if the ground was covered with rats and she had to jump up on her chair to get away from them, and acting star struck when she thought she saw N’Sync (who were not there, and who she does not like in the least).  She was running up to audience members throwing herself at their feet and begging them for autographs.  (By the way, we happen to know several famous people quite well, and I can assure you she has never been one to treat them like anything other than “real people.”)  So you can see why this was completely hilarious… though not nearly as funny as what was to come.

Fast forward a few hours.  After Michelle and her group were awakened, she had little memory of what had happened, other than she recalled really seeing rats, she recalled thinking she’d been nominated for some sort of beauty contest, and she recalled thinking it was strange that N’Sync was at the fair.  So when it was time for the second show to come on that evening, my kids and I convinced her that she needed to avoid volunteering so she could see how funny the show was.  Michelle argued with us a wee bit, saying that the feeling of being hypnotized was so relaxing that she didn’t want to pass it up, but we finally twisted her arm.

As the second hypnotist show started and DeAnna called for volunteers, Michelle had a hard time not raising her hand, but she resisted.  The second show was similar to the first in that there were a dozen or so volunteers sitting on the stage in a semi-circle while DeAnna hypnotized as many of them as would take.  The volunteers who didn’t go under were sent back to their seats, then just like before, DeAnna asked if anyone in the audience happened to go under in the process.  You can probably imagine I was not surprised when I looked next to me and saw that Michelle was fast asleep.  So, I raised my hand and pointed to my sister.

Well, DeAnna gave Michelle a suggestion that every time she said the buzzword “County Fair,” Michelle would think that the man sitting behind her was pinching her on the butt and flirting wildly with her.  The audience laughed, and DeAnna woke the participants and started the show.  All throughout the show, Michelle grew increasingly angry with the poor guy sitting behind us!  Every time DeAnna said, “County Fair,” Michelle turned around and glared at the poor fellow.  As I told you before, he and his wife were a good five feet back, so it was quite obvious to anyone else that there was no way he could’ve pinched her butt and then gotten back in his seat so quickly, yet Michelle was sure it was happening.

As it turned out, Michelle couldn’t even focus on what was happening on the stage because she was so perturbed with the poor man, and at one point, she stood and told me she was going to go find a guard to get him ejected!  The man was laughing hysterically, as were the rest of the audience and even DeAnna at that point, but Michelle was oblivious.  The man held his hands up to show that he wasn’t really doing anything, but Michelle just grew more furious.  I pulled her back to her seat and told her to try to ignore it, but as the show went on, everyone in the audience was focused on my sister.

When she couldn’t stand it any longer, Michelle finally grabbed an umbrella from a lady next to us, and she turned and started beating the man behind her!  The man and his wife were crying, they were laughing so hard, and the audience was roaring with laughter, though Michelle had no idea it was because of her.  “What’s so funny?” she demanded of the man.  “Are you and your wife trying to play some sick sex game with me?”  I’ll never forget the look on that poor man’s face, but for sure and for certain, the whole experience was priceless!

Since my sister stole the show, and the audience was no longer focused on the stage, DeAnna finally stopped using the buzzword and brought everyone out of their hypnotized state.  Only as the people on the stage were brought out and sent back to their seats, Michelle wasn’t!  De’Anna left the stage and went back to her trailer as the magician came on, but my sister was still hypnotized and was still complaining about the poor man behind us still pinching her.  I had to leave my sister and kids with the umbrella lady as I ran and jumped over the barricades and explained to the guard that tried to eject me that my sister was still under hypnosis.

When Michelle woke up, she didn’t remember seeing any of the show, and she didn’t remember that she’d even been hypnotized.  However, she did remember “the sex pervert behind us” who kept pinching her.  Now here’s the really unbelievable part, though I swear this is true… When we got home that night, my sister called me upstairs into her bathroom to see something.  Her rear end was covered with a dozen or more butterfly-shaped bruises… the kind a person might get if someone pinched them hard enough!  I know for a fact no one had ever touched her… however, I have no doubt that Michelle manifested those bruises in her mind because she truly believed she was being attacked.

So tell me… if you read about this in a book, would you find it plausible?  Have you or has someone you know ever been hypnotized?