You might remember the actor Paul Reiser from his days as a stand-up comic, or on the big screen in Beverly Hills Cop I and II, or on the television show My Two Dads.  But my favorite role of his was as Paul Buchman when he played opposite of Helen Hunt as his wife Jamie Buchman on Mad About You.  You might even remember him in all these things, but did you know that Paul Reiser is also an author? 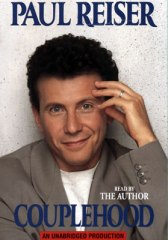 That’s right!  Paul wrote Couplehood back in 1995 when he and his wife Paula had been married only seven years.  (It was New York Times best seller for 40 weeks!)  Couplehood is unique in that it actually starts on page 145 to allow the readers to have a sense of accomplishment.

He wrote Babyhood in 1998 about his experiences as a first-time father to their first child Ezra born three years earlier. 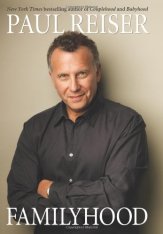 He wrote Familyhood in 2011, eleven years after their family expanded to include his second son, Leon. Familyhood is a collection of humorous essays about family life.

And in 2014, he penned How to Get to Carnegie Hall.  In this book, he recalls his encounters with numerous legendary Hollywood greats who gave him advice on his way up the ladder to success.

His books are hilarious and are reminiscent of his character in Mad About You, which he intended to be modeled after himself.  If you ever get an opportunity to watch it, check out my very favorite episode entitled “Two Tickets to Paradise.”  If you’ve never seen the show, I encourage you to watch… and be ready to laugh!  Hard!

Let’s Talk:  Have you ever seen the show Mad About You?  Have you ever read any of Paul Reiser’s books?  When your favorite actors and actresses write books, do you read them?