As many of you know, besides being a writer, I’m also a professional wedding photographer.  Last month, I had the pleasure of photographing Iron Man’s wedding.  Yes, really.  Actually, superhero weddings are becoming increasingly popular.  Last year, I was around to photograph Captain America’s wedding.  However, Iron Man’s wedding was quite unique.

First of all, the groom, Andrew, and the bride, Katie, love video games.  So their cake topper was none other than characters from a Zelda game. 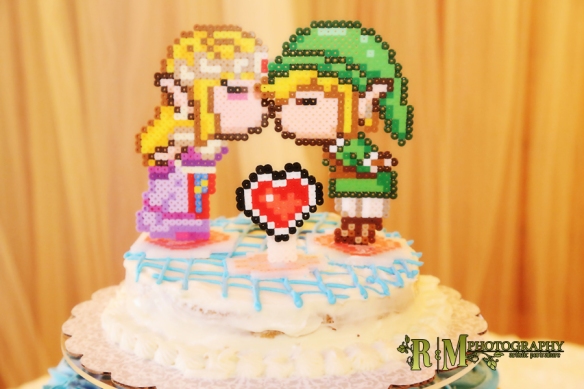 Secondly, the groom and all his groomsmen were various superheroes.  And of course, the ring bearer was Hulk. 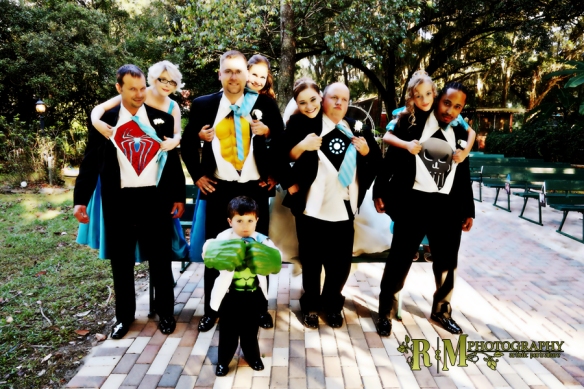 The bride, though she did not possess superpowers, looked stunning. 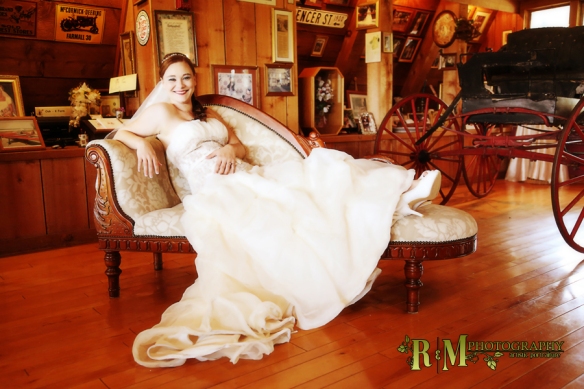 In the past year or so, a popular wedding pose has been for the wedding party to be running from a T-rex.

However, this couple is also really into Star Wars, so they wanted to be running from some AT-ATs which were introduced in The Empire Strikes Back and also appeared in Return of the Jedi.

Finally, something happened at this wedding that I’ve actually not seen before at a wedding:  The reception hall caught on fire!  Actually, I’m exaggerating.  People were dancing when suddenly my sister Michelle and I smelled smoke.  We looked up and saw smoke coming off a table.  Apparently someone bumped the table, and a napkin fell onto a tea light candle.  We ran toward it, and Michelle poured a glass of water on it.  Mostly just the napkin and a bit of the tablecloth were burned, and no one else but the bride even noticed.  Sadly, we didn’t get a photo, but there really wasn’t much to see.  However, it did make for an interesting story:  “There was a fire at my wedding!”

A lot of people don’t like to spend money on wedding photographers. They don’t understand that owning a good camera is only a fraction of a photographer’s job.  Posing, lighting, and post-production work are also a large part of what we do.  For example, this couple got married on a hazy day with a white sky.  The overcast when this happens gives people a blue-grey pallor.  But thanks to me, they now have a blue sky and puffy clouds, and years from now when they look at their wedding photos, they’ll only remember how good they looked and what a beautiful, sunny day it was.

I’m not knocking people who don’t use professional photographers.  But I am saying that I feel honored to have been present at the weddings I’ve shot.  It feels great to help people capture a day with photos that they’ll one day show their grandchildren.

Let’s talk:  When’s the last time you had a professional photograph taken of yourself?  (Your driver’s license photo doesn’t count!)  If you were getting married in the next few weeks, would you wear superhero garb? Would you want a dinosaur chasing your bridal party? Have you ever been to a wedding where a fire started?

44 thoughts on “Superheroes, Dinosaurs, and Clouds”