Once when my children were quite small, our Uncle Charlie took us to lunch at an exciting sports-themed restaurant in Orlando.  Multiple large televisions adorned every wall with various sporting events playing on them.  Stefani sat by Uncle Charlie, and they were watching a football game, while Jeremy sat by me, and we watched horse racing. 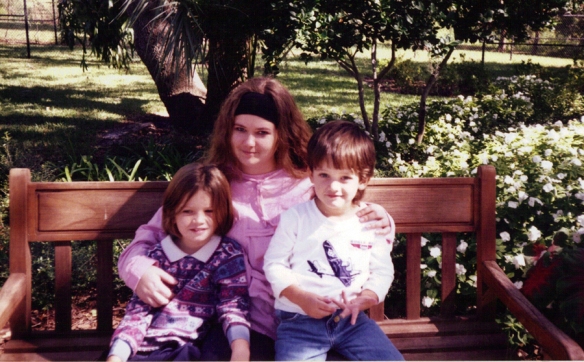 Well, with Florida being what it is (a lightning magnet for the daily summer rainstorms), it started to thunder loudly.  Pretty soon, the sky opened up, and it poured.  It wasn’t long before it started hailing, and it was nearly impossible to hear the dozens of televisions, much less the person you were sitting with.

Uncle Charlie and I were laughing hysterically as we tried to cover my kids’ eyes and ears, and the manager and restaurant staff scrambled to get all the televisions turned off.  The trouble was, there were more televisions than employees, and they had to pull chairs over and climb on them to reach them which made their task taken even longer.  The poor manager was mortified, though most of the patrons laughed and applauded.  It was quite hilarious, and to top off our “dinner and a show,” we got our meals for free that day.