Surprise!  My theme for August is true funny stories that will hopefully not be too long.  I hope your funny bone gets tickled this month.  Here’s my kick-off story…

Once my sister Michelle, my best friend Lora, and I were at an outdoor concert in Connecticut.  Between sets, we wanted to walk across the street to our hotel and freshen up.  We knew the band, and they said they were also headed to the hotel for a bit, but they had to secure their instruments first and would be right behind us. 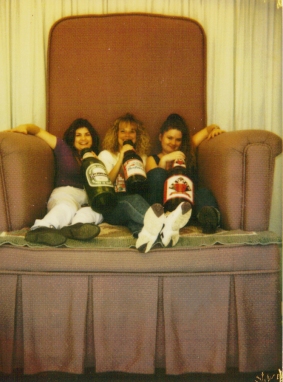 So as the three of us walked, we had to walk across a field then along the side of the road for about a half a block before we could cross.  I was nearest the road, Michelle was next to me, and Lora was by her.  As we walked dangerously close to the edge of the busy road, cars whizzed by.  Suddenly, out of nowhere, a bump in the gravel reached up and grabbed me by the ankle.

As I started to fall, it was like it was happening in slow motion.  I didn’t fall “down” per se, but I actually went flying and ended up parallel to the ground where it felt like I was suspended for several seconds.  As I hovered, the only thing on my mind was, “Oh, I hope the band isn’t behind me watching this!”  I was mortified!

Finally, the entire front of my body hit the ground with a thud.  The weird thing was both Michelle and Lora ran over and told me it happened in slow motion, and they, too, said it looked like I was suspended in the air!

My ankle hurt, the wind was knocked out of me, and I was beyond embarrassed!  I asked Lora and Michelle if the band saw me fall.  (Thankfully they were nowhere in sight.)  However, as I started to get up, several cars screeched to a halt.  More than a dozen people ran over to me and asked which car had hit me!  Someone was already on the phone with the police saying something about a hit and run driver and asking for an ambulance.  Some people forced me to stay on the ground cautioning me not to move, and more and more people kept gathering around and asking me questions about the runaway car!  (Talk about making an embarrassing situation even MORE embarrassing!)

I wanted to die!  I just knew our band friends would come walking up at any moment, and I just wanted to be gone.   It seemed like forever passed before I was able to calm the crowd and dismiss them, and I covered my face as I quickly limped over to the hotel.  Later when we went back to the next show, we still heard rumblings in the crowd about “some girl who was hit by a car.”  (I have since wondered if perhaps I really was clipped by a car and never even realized it.) 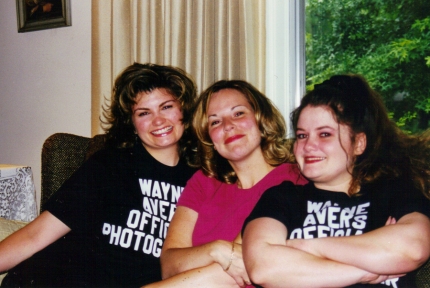