This past month I was busy editing and polishing my first book, The Prison.  Actually, I was learning all about the NEW way to write.  (This is worse than the “new math” educators have been threatening us with since the beginning of time.)  Apparently, back when Fred Flintstone and I went to school together and I chiseled my homework in a stone tablet, I learned wrong. 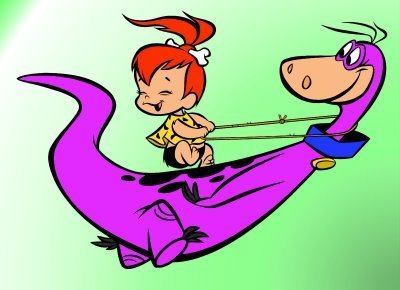 When I was in junior high (7th, 8th and 9th grade back then; nowadays called middle school and 6th, 7th and 8th grades), I went to a private Christian school.  Actually I went to private school from kindergarten through 9th grade.  My school was known for doing junior, senior, and freshman college work in the 7th grade.  We had eight classes per day as opposed to public school’s six.  And the grading scale was much tougher than other schools.  (95-100 was an A; 88-94 was a B; 78-87 was a C.  Anything lower than that, and we got in BIG trouble.)  Teachers paddled us with LARGE wooden paddles with holes drilled in for more velocity and less wind resistance, and they didn’t hesitate to bend our hands backward and smack us with rulers if they didn’t want to wait until after class to let us know who was in charge!

In addition to the strict curriculum, we had a severe dress code.  Each morning after the first bell, the boys and girls were divided and taken to separate rooms for inspection.  Boys had to wear slacks (never jeans!) with belts, and shirts with collars, and they had to be tucked in.  Their hair couldn’t touch their collar in the back.  They had to stick their fingers in their ears every day, and if their hair touched their fingers, it was too long.  Earrings were an absolute no-no as was any other man jewelry.

The girls had to kneel on the floor.  Our dresses couldn’t be more than 4 inches from the floor, and they couldn’t be sleeveless.  We couldn’t wear more than one pair of earrings, and they had to be a matched pair.  We couldn’t wear more than one necklace.  We were allowed only light pink or clear nail polish, and the same went for lipstick.  We were never allowed to wear pants unless they were a matched pant suit that was not made of denim or corduroy, the pants couldn’t have pockets, and the jacket had to cover our rear ends entirely.  (Can you say “old lady clothes?”  Seriously, I think my grandma had an acceptable pants suit… I did not.)  If we were out of dress code, we were sent home immediately and suspended for 3 days.  If it happened three times in a school year, we were expelled for the remainder of the year.

But I digress.  The point is, I KNOW what I learned about writing (though admittedly, I do, at times, still abuse commas).  I’m the only person my age that I know who ever had to diagram sentences (except of course my former classmates).  My kids don’t even know what diagraming sentences means!  My friends that went to public school only know what it is because their parents had to do it and told them about it.  In every class we had, including Geography, History, Bible, and even Math, we were required to write in complete sentences.  We were marked off for spelling as well as grammar, and we were docked for punctuation errors in any of those other classes, too.  I always made A’s in English.

By the 10th grade, I decided I needed out, and I finally convinced my granddaddy to allow me to go to public school where I could wear pants!  The curriculum and the grading scale were nowhere near as strict, and I still aced English.  Because I had eight classes a day in private school as opposed to six in public, I had enough credits to skip my junior year as long as I attended summer school for 11th grade English.  I aced that as well, and also my senior year’s English class.  (Over the years, people have commented that I must have been so smart, but the truth was I absolutely loathed school, so I was only smart enough to find a way out early.)

I was barely 16 when I graduated.  After that, I got pregnant with my daughter, took some time off, worked, then finally made it to college.  I aced my English classes there, and in fact did so well on my Essays class that my teacher asked for copies of all but one of my essays to use as examples to show other students.

Now, though you may not believe me, I am actually NOT trying to break my arm patting myself on the back.  What I’m actually doing is leading up to this:

I FEEL REALLY STUPID NOW!  Or old.  Or both.  Seriously.

In my lifetime, there’ve been a lot of changes.  I’ve gone from a rotary dial phone that the telephone company had to install to a touch screen cellphone.  I used to include 9 planets when I made a Solar System model, but now there are only 8.  When I was little, televisions were changed with a dial and only included 12 regular (VHF) channels (channels 2 to 13) and up to 37 bonus (UHF) channels (channels 14 to 51).  One of the two televisions in my house was a black and white set.  Car windows were actually rolled down manually, and many cars didn’t have seatbelts.  There were 7 continents and 5 oceans.  Later they changed it to 4 oceans.  Now, I think they’re back up to 5.  My first computer had a 4 megabyte (that’s MB not GB!) hard drive and was considered the top of the line at the time.  Oh, and we had to write in cursive.  They don’t even teach cursive in a lot of states anymore!

And most importantly, paragraphs had to contain a proper noun and be able to stand independently and still be understood.  Quotes were required to have dialog tags in each paragraph.  Sentences absolutely had to have both a subject and a verb.  Even a list of three items required a comma after the second item before the word “and.”  Of course there were a billion other rules regarding punctuation, grammar and sentence structure.

After college, I was a paralegal for 14 years.  Working in a law office, I had to learn a new way to write.  For example, pronouns were never allowed, and the parties’ full names were always listed. (Also parties’ entire names were capitalized at all times.)  Additionally, there are a lot of run-on sentences in law, not to mention a lot of otherwise useless Latin phrases.

That being said, none of that matters anymore!

We’re also never ever supposed to use “said-bookisms” (now there’s a stupid word!) such as growled, hissed, or roared because supposedly those are animal noises, and a human doesn’t really growl, hiss, or roar.  (Whoever thought of this rule obviously never met my ex-husband!  Or the woman who gave birth to me!)

We are also never supposed to use adverbs to describe how something was said (“Don’t go!” he yelled angrily.), but we are supposed to add actions to show that he is angry and that he yelled without actually saying it.  (His face turned crimson, and the veins in his temples throbbed methodically.  Flecks of foam flicked out of his mouth, and he flailed his arms, then in a loud voice said, “Don’t go!”) (I don’t know about you, but the word yelled means a lot more to me in this instance than all the superfluous description followed by the word said.)

Also, we should avoid dialog tags altogether as much as possible, plus we should use pronouns almost exclusively.

The reason for all these new rules is so that the reader feels as if they are a part of the scene and not simply reading a book.  (I wish you could see me roll my eyes waaay back into my head right about now.)  Call me crazy, but I’ve always been able to get engrossed in the scene even though I was always cognizant that there was indeed a book in my hand and I was actually not on a prairie in 1854, not really on a spaceship in 2243, or not literally listening to a thumping heartbeat coming from my floorboards to remind me that I was a murderer!

Considering this is called “minimalist writing,” it added about 3,000 more words to my manuscript.

At any rate, I was off to a slow start when I started editing, but I think I’ve finally got it now. Good grief!  If I would’ve learned all this a year ago, I’d have saved myself a lot of time at the editing table.  But, I guess we all live and learn.  At least we should.  (And the truth is, I actually don’t mind the changes.  I’m actually confident that my work seems more polished now.)

Now, I can’t wait to be done editing everything else and start writing my new stories the “right” way.  Hopefully by the time I’m finished, the powers-that-be won’t have changed the rules on me again.

Well, thank you for listening to my rant.  I’m off to feed Dino…

Talk to me:  Did you ever have to diagram sentences?  Did your school have a dress code?  Are you familiar with The Flintstones?  Who do you like better, The Flintstones or The Jetsons?

68 thoughts on “About a Billion Years Ago…”